At the start of the new millennium, the brilliant but hiatus-prone Kate Bush was a little more than halfway through a 12-year intermission between albums. Die-hard fans of the beloved Brit had to content themselves with Maxwell’s lovely take on “This Woman’s Work,” a minor hit in 2001. Then, finally, in 2005, Bush broke her lengthy silence with the double-album “Aerial.” It was totally worth the wait. Definitely an album to be listened to in its entirety, but here’s a typically stunning excerpt.
Kate Bush – “How to Be Invisible.”

Joe Pernice is another one of those songwriters, like Josh Rouse, who has an uncanny knack for crafting three-minute pop-rock gems and can deliver again and again. He’s always good, but he really found a groove in the early Aughts with his band the Pernice Brothers, beginning with the wondrous 2001 album, “The World Won’t End.” Here’s a dazzling cut from the equally superb 2003 release, “Yours, Mine & Ours.” It doesn’t get much better than this.
The Pernice Brothers — “The Weakest Shade of Blue”

We’ve had prettiest, saddest, and grooviest song selections on our journey from the ‘90s through the 2000s, but we haven’t had a cutest pick until now. Call and Response, an obscure West Coast fivesome—the group doesn’t even have a Wikipedia entry—released its self-titled debut in 2001 and it’s so sugary sweet it should come with a dentist’s warning. A Pitchfork review at the time deemed the record “a brief flash of enjoyable fluff.” I like to think of it as Stereolab meets the Teletubbies. And “Rollerskate” may be the most syrupy song on it. Enjoy… in moderation.

The shining star of the soul-revivalist label Daptone Records, 60-year-old Sharon Jones endured some lean years early on before her career caught fire in the 2000s. Since then she’s battled recurring cancer but continues to record hot records, including a must-have holiday-themed album last year. She’s also the subject of a new, critically acclaimed documentary by Barbara Kopple. “100 Days, 100 Nights” is one of her best-known tracks and also one of my favourites.

Whistle for the Work Week Two-Fer!

Remember when whistling was all the rage back in the 2000s? People whistled while riding their Segways and Razor scooters, while clicking through MySpace pages, while watching the West Wing. Or maybe I just dreamed all this. But whistling did find its way into popular music, perking up this jaunty hit by Peter, Bjorn and John and pretty much every other song by Andrew Bird, including this highlight from his brilliant 2009 album, “Noble Beast.” Whistle away! 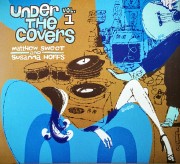 The other day I was rebuking myself—if you’ll pardon the expression—for not posting a song from Annie Lennox’s “Medusa” when I was doing my ‘90s list. But that self-scolding got me to thinking about cover songs, which led me to wonder, what if Ethel Merman had done an entire album of Devo covers? Then I realized I had gone a step too far. So, hopping back into reality, in 2006, Matthew Sweet and Susanna Hoffs released “Under the Covers, Vol. 1,” the first in a three-album series of songs from the ‘60s, ‘70s, and ‘80s, respectively. I think Vol. 1 is the best of the trio, and this track is tailor-made for Hoff’s vocals.
Matthew Sweet and Susanna Hoffs — “Different Drum”

Terry Callier is one of those artists who deserved massive success but never quite achieved it. Perhaps because his sound, which draws from rock, soul, folk and jazz, is hard to pigeonhole, he couldn’t parlay his cult status into mega-stardom and after releasing several brilliant, under-heard albums in the ‘70s, he quit the music business in the ‘80s to become a computer programmer. Callier experienced a mini-resurgence in the 2000s, becoming a go-to guest singer for such electronic acts as Massive Attack, Grand Tourism, and the Swedish duo Koop, who featured his sublime vocals on the 2001 album, “Waltz for Koop.” I was lucky enough to see Callier perform a few years before his death in 2012 and he was wonderful. Here he is on Koop’s “In a Heartbeat,” and check out some of his ‘70s solo stuff. You won’t be sorry!
Koop feat. Terry Callier — “In a Heartbeat”

Nova Scotia songwriter Feist put out her brilliant breakthrough album “Let It Die” in 2004. I moved to Canada in 2004. Obviously, my proximity had a profound effect on her work. The album is too good to pick just one song, so here’s “Mushaboom” and her wonderful take on the Bee Gees’ “Inside and Out.”

Josh Rouse is an artist that I’ve followed faithfully for many years. I’ve bought all of the Nebraska native’s albums since “1972” in 2003. (Confusing, I know.) I haven’t been disappointed yet. He’s not the flashiest songwriter, but his tunes are always well-crafted, frequently gorgeous, and occasionally, as is the case with today’s pick from 2005’s “Nashville,” near-perfect. I’m naming this one prettiest song of the Aughts.
Josh Rouse — “It’s the Nighttime” 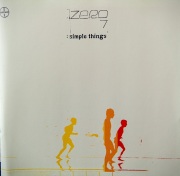 Before “Titanium,” before all the Grammy nominations, and LONG before the two-toned hair veil, Sia was a journeyman Aussie singer who lent her golden pipes to the first three albums by British electronic duo Zero 7. While I applaud the fact that she’s now a superstar in her own right, I have to say that I much prefer the earlier, chilled-out Sia to the current dance-pop sensation. Check out this gorgeous track and tell me if I’m wrong. (Although the video is a bit aggressive!)
Zero 7 – “Distractions”