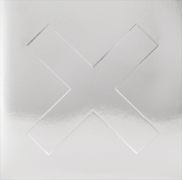 With its seductive melodies and pillow-talk interplay between vocalists Romy Madly-Croft and Oliver Sim, xx, the 2009 debut album by this London trio, was the sultriest British export to come along since Sade. After the mild sophomore slump of 2012’s Coexist, which sounded like a paler copy of the original, the xx pumps up the volume a smidge on this outing. The brassy synth notes and insistent beats that introduce the lead-off track, “Dangerous,” promise a more club-ready sound, and I See You does indeed deliver a few danceable numbers, most notably “On Hold,” the band’s catchiest tune to date. But fans of the hushed intimacy of the first two albums shouldn’t fret too much. The grooves here stay at the techno-lite simmer of, say, “Missing” by Everything but the Girl. And there are still plenty of slow burners like “Replica” that allow Sim and Madly-Croft to wrap their sexy, simpatico voices in an aural embrace. One or two disposable cuts keep this from placing higher on my list, but all in all it’s a sure-footed attempt at expanding the group’s very identifiable sound.

[Blogger’s note: I’ll post each of my Top 10 picks in succession over the next few weeks, or possibly several weeks, depending on the severity of my winter laziness.]