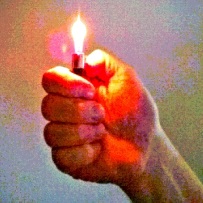 I wish I had a really cool story to tell about going to see Kiss in concert for the first time. A salty saga of impropriety involving sneaking out of the house, hot-wiring a car, snagging fake IDs and getting loaded on PBR in the arena parking lot. There’s a low-budget movie that came out several years ago called “Detroit Rock City”—not an Oscar-worthy piece of cinema, let’s just say. In it, four teenage Kiss fanatics set out on a quest to catch their idols’ tour stop in the Motor City. En route, they battle belligerent disco enthusiasts and pearl-clutching protesters, thwart an armed robbery using a Stretch Armstrong doll (!), rescue a kidnapped floozy, lose their virginity and learn a little something about life, until ultimately they gain entry into the show by way of a con that involves punching each other in the face.

So a story like that. But no, the terrible truth is my mother chaperoned us.

I shouldn’t say “terrible.” While being accompanied by an adult anywhere, but especially somewhere like a rock concert, is mortifying to a teen, we could have done much worse than my mom. I’ve already touted her coolness in Part Two of this series, and the fact that she would agree to attend the concert at all I think proves my claim.  At 34, Mom was too mature to get Kiss on a granular level, as they say, annoyingly, these days. And besides her personal tastes then ran to Carole King and John Denver. But she wasn’t so closed-minded as to be completely immune to the spectacle. She even got up and danced a few times. We were lucky it wasn’t one of Randy’s, Steve’s, or James’ parents chaperoning us, all of whom were way too old and stodgy to rock ‘n’ roll all night. James’ parents’ idea of a rousing musical evening was to put on a record by 101 Strings and open a jug of Gallo. And let’s face it, the concert venue, the Municipal Auditorium in downtown Nashville, was a world away from our sheltered suburban enclave. We were a little young—younger than the “Detroit Rock City” foursome—to be gallivanting down there ourselves. So if we had to have supervision, Mom was the right comparatively hip lady to do it.

Kiss was touring to support “Destroyer,” the band’s awesome 1976 release. Like “Alive!” before it, we had bought “Destroyer” as a group and memorized every note and lyric therein. Tickets were $6, easily covered by our allowances. Six bucks! You can’t even buy a soft drink for that at a rock concert now. I had chosen my outfit for the show days in advance: My prized Kiss T-shirt, purchased on a recent family vacation, and a pair of jeans that I’d… well, maybe a little background would help explain what I’d done to them.

See, in those days, kids, we didn’t just wear our clothes and then discard them when they got old and worn. No, for much of their brief, anguished existence, we tortured them. We tied our clothes in knots and soaked them in dyes, stitched patches onto them and embroidered them with patterns, and in the late ‘70s, in a defiant, punk-fueled screw-you to logic and efficiency, we ripped them in various places, then fastened the rips back together with safety pins. It was the Dark Ages for fabric.

Trending in our 8th-grade circle at the time was a process for distressing denim that I’ll call tie-bleaching. Jeans were banded and knotted as in tie-dying, then treated with diluted and undiluted bleach. Done with finesse, the effect produced sunbursts of white surrounded by coronas of powder blue bleeding into the original blue of the denim. Alas, such nuance was beyond my capabilities and my jeans looked like they had been defecated on at length by a flock of incontinent seagulls. Nevertheless, on July 21, 1976, in my gull-shit Toughskins, I piled into Mom’s station wagon with James, Randy, and Steve, and headed downtown for an experience I would never forget.

We took our seats before the concert. The lights were up in the auditorium, but visibility was limited due to a haze of smoke that smelled sweet and earthy. “That’s marijuana,” James whispered to me conspiratorially. Squinting through the fog, we could see that the stage was set with a hulking, charred castle and candelabras on Gene’s side, giant cat statues with gleaming eyes flanking Peter’s drums, and a series of catwalks for Paul and Ace to strut their stuff on. The anticipation was nearly unbearable, but at long last the lights went down and the opening act ambled on. A skinny, long-haired dude took his place behind the mike stand in the center spotlight as his band launched into a set of upbeat, boogie-woogie rock tunes. The dude’s voice was gruff but appealing and he shook his lanky mane with vigor as he shouted lyrics about getting out of Denver and going to Katmandu. It was Bob Seger. As the opening act. I think he was just on the cusp of breaking out with “Night Moves.” And all in all, he was fine. But he wasn’t the main event. 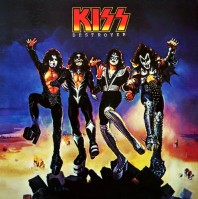 To this day, I still haven’t witnessed anything like Kiss playing live. (And we’re talking the original lineup. I’ll deal with the weak reboots in the next installment.) You could draw parallels to Alice Cooper’s theatrical horror shows and Bowie’s glam guises and even the circus, but the group stands on its own towering platform boots as a singular presence in rock. There is magic worthy of David Copperfield in a Kiss performance as Ace’s guitar spontaneously smokes mid-solo and Peter’s drum kit spins and levitates. There are sideshow feats that elicit gasps and gags as Gene breathes fire and spits blood. There are Paul’s ringmaster exhortations, identical to his beckoning banter on “Alive!”, just as the songs are exact copies of those on the records. (This sameness would start to bother me after I’d seen the band a few more times.) There are flame jets, lots of flame jets. And above all, that beaming logo, its lights pulsing hypnotically, glowing so blindingly bright at times that it’s almost painful. But you dare not look away.

They say a picture is worth a thousand words and perhaps a snapshot would be the ideal medium to capture the essence of this seismic event. But not a photo of the band or the stage or the special effects. Rather, you’d need to train your camera lens on the audience, then zoom in on the faces of four boys. Focus on their expressions of pure joy. It’s an expression you see often on a young child, but teens don’t wear it much and it’s rarer still on an adult. Kiss made those expressions, that joy, happen. Quick, snap the pic before the carefree grins on the faces of those lads fade, because they will soon enough.

Then maybe, just for posterity, grab a candid shot of the blessedly tolerant mom bopping to the beat beside them.